Ioannis Nasioulas: “That which is Macedonian is Greek”

There is no such thing as a Macedonian nation or a Macedonian language distinct from the Greek nation and the Greek language in their historical trajectory and continuity.

A distinct Macedonian national identity does not express but only a meager part of the population in the southern leftover state of the ex Yugoslavia: Most of the people in the state of Skopje feature Albanian, Bulgarian, Serbian, Roma and Greek national consciousness. The claim over the Greek name of Macedonia by the state of Skopje is overimposed to its multinational citizens by foreign powers and a domestic elit working for them, since after the end of the Second World War. It goes against the public will, the human rights and the right to collective self-identification of the citizens in the state of Skopje.

Greece, in light of materializing its commitment to good neighborly relations and the European Union aquis, is obliged to renounce this forcefully overimposed “Macedonian” nationalistic and irredentist narration by official Skopje authorities. The Albanians, Bulgarians, Serbs, Roma and Greeks of Skopje merit unmitigated rights of personal and collective self-identification, expression and self fullfilment, not excluding the right to autonomy in the context of a federal state. 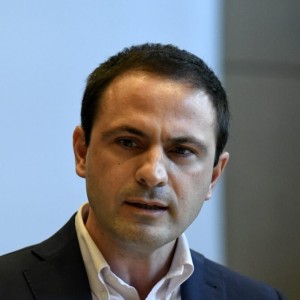